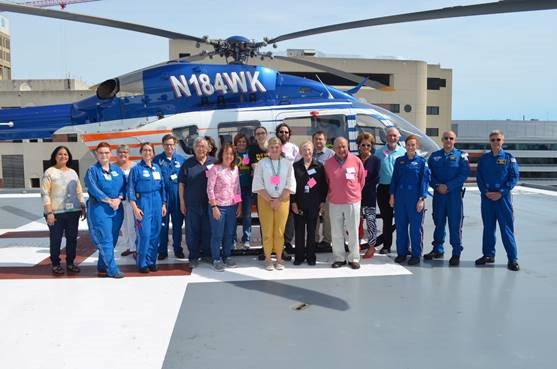 Wisconsin Drug Card’s Abigail Dorow and Carole Unis joined local philanthropists, pharmacy staff and physicians in an awe-inspiring tour of Children’s Hospital of Wisconsin. What better way to captivate an audience than to take them to the rooftop to welcome a patient upon their helicopter arrival? There, they also had the pleasure of meeting the Flight for Life team.